How I came to be interested in such things

by Maria Syldona, PhD
Since very early in childhood, I have studied and practiced some kind of spiritual tradition - both Western and Eastern. And I have marveled at the human developmental levels that mystics of both West and East have attained - our birthright as human beings.
Two things I loved most as a child were experiencing in the spiritual tradition in which I was raised and thinking about concepts in physics. Perhaps not the most typical of childhood propensities. For me, in terms of the spiritual experience, the spoken words of a sermon in that tradition - I guess you could call it the part that made it a ‘religion’, at least to me - never held for me that feeling of ‘being in heaven’ that the ceremony part with incense and Latin chanting did.
With respect to physics, even though I really did not know what ‘physics’ was at the time, I had an eye-opening experience - at about the age of ten. My older brother had a college entrance exam study manual that he left on the kitchen table one afternoon. I picked it up to quickly have a look at this seemingly important tome. I happened to open to a test section - on physics - and proceeded to take the test (on a separate sheet of paper, of course, so my ‘intrusion’ would not be detected) - without having read any of the physics source material in the book. I hurriedly scored the test with the manual, found my score to be100%, then quickly replaced the book as if nothing had happened. After that I ran over to the encyclopedia set to see what this ‘physics’ was - besides really cool!
​
Later formal studies included science in several disciplines, including physical sciences, psychophysiology, electrophysiology, psychology and Eastern psychology in several traditions, from institutions such as Carnegie-Mellon University, Stanford and Brown Universities. For doctoral level study, I chose psychology, with a research concentration that allowed for an interdisciplinary dissertation studying mental healing practitioners with electrophysiological and psychological approaches.
​
Having studied both Western and Eastern psychologies, and physical science, I developed an appreciation for the Eastern traditions as psychospiritual sciences that include knowledge of the psychological, as well. This perspective, the psychospiritual, is what makes true, significant human evolution in this lifetime even possible; the more common psychological - mostly centered in the mental/emotional realm, is not designed to do so. While traditional western psychology is valuable in its own right, it doesn’t systematically address the scope of human development - especially the higher states of evolutionary development that can be consciously pursued and are possible to attain in a human life. That’s a major reason why I so often draw from Kashmir Shaivism. It has been referred to by its scholars as a “Psychology of Absolute Consciousness” - and even a brief experience of what it has to offer helps to uphold that title. It is of unique and great value for human evolutionary development, and a profound resource for inspiration for those who want to work to significantly further modern science. 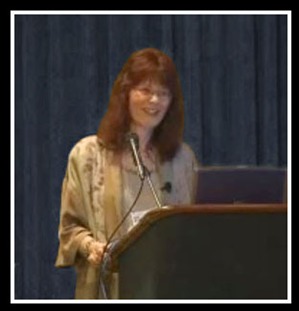 Dr. Maria Syldona’s research and educational work involves the study of apparent opposites, searching for commonalities and complementary elements with the potential to synergistically combine, and result in potentially powerful benefit to mankind. In short, she’s a bridge builder. In that vein, her research and public presentations focus on the theme of commonalities in seemingly disparate yet highly relevant areas of life - such as science and spirituality.

"Kashmir Shaivism has been referred to by its scholars as a 'Psychology of Absolute Consciousness.'”